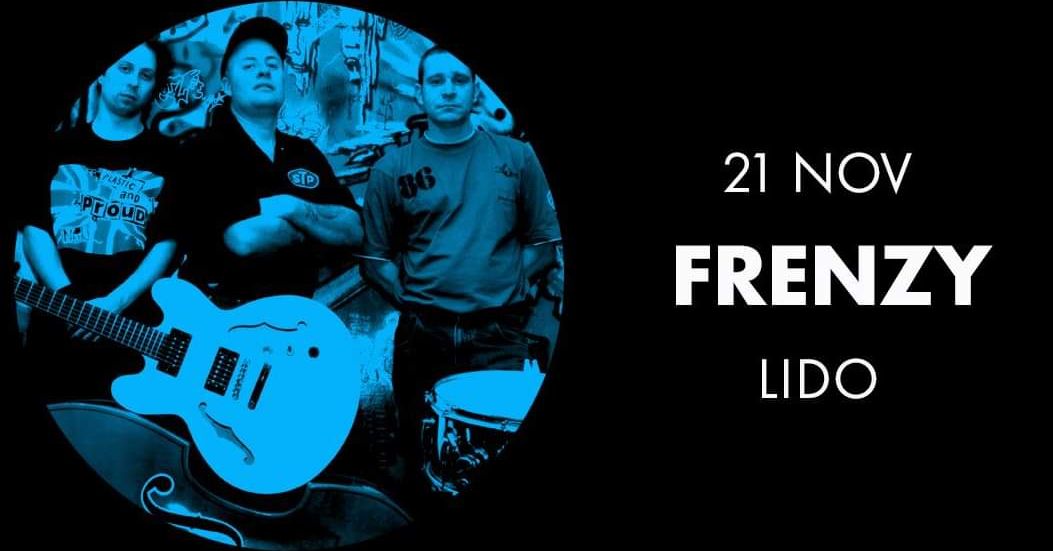 Tickets at 36-tickets.de, Koka36 and Eventim

Formed in 1983 by Steve Whitehouse, Frenzy went on to be one of the premier 1980s generated neo-rockabilly/psychobilly bands of that era. Becoming well known for such great recordings as the Hall Of Mirrors album and the Clockwork Toy album which spawned their 1986 indie hit, I See Red. The band transposed their great performances onto stage with well constructed songs, many of which have become anthems, with a really energetic live show. From the early 1990s, Frenzy pushed the envelope and were ahead of their time in their approach to the modern rockabilly sound, some of which has become really en vogue of late. The band never ever really went away, and have been playing and recording continuously since their formation. Now with 12 albums under their belts, the latest of which is Nitro Boy, on their own record label Crash Records, Frenzy is again going from strength to strength. The last 3 albums, Nine O Nine, Dirty Little Devils, and Nitro Boy really show that Frenzy are once again pushing to be top of their game. 2007 promises to be an exciting year for the band as January 07 sees the official re-launch of the band. Currently putting together a new business team, a new street team and live show, Frenzy will be travelling the globe to promote their latest releases. Frenzy's current line up is considered to be the strongest ever, and the song writing partnership of Steve Whitehouse and Steve Eaton has made for a whole new batch of Frenzy anthems. Check out the tracks on this Myspace site to see what we mean! Also keep checking back here and our listed web site ( which is currently being updated ) for news, new pics, updates and loads of other information including a massive online store coming soon! Let us know what you think, leave a comment and join the Frenzy street team ( info for membership coming soon ).

Put you arms around me, Honey!