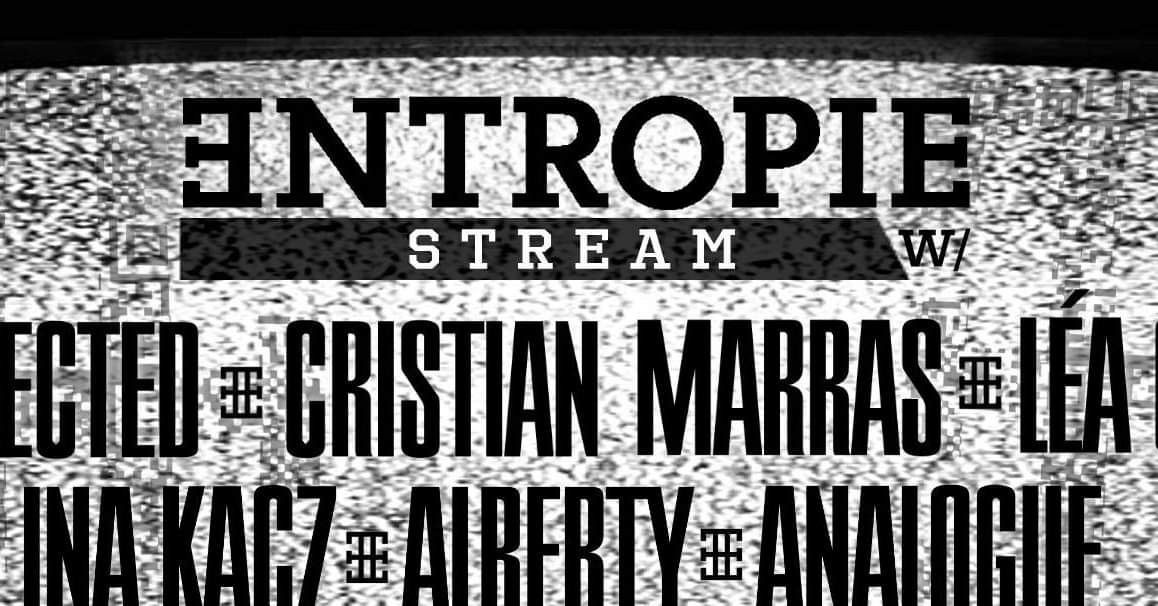 The system in which we live and work in is threatened to an unprecedented extent. The cultural and creative industries, as we have known them so far, are fighting for bare survival.

We want to contribute to the Berliner clubscene donating our full support to the Suicide Club Berlin. Saving the Scene, our home for Music and joy, in hope to be celebrating together soon.

Entropie- the measure of disorder in the system.

Established to break up social structures and against social forces Entropie is the medium for Techno in his raw form. In a world full of rules and prohibitions the darkness is the only place where we can escape from reality. Known for its dynamic atmosphere Entropie stands for a clear, rough & uncompromising sound.

Anonymity as a function, mystical without usual clichés. No hiding behind masks, no digging in the past, no techno purism, no strive for fame - SUBJECTED stands for distinctly deep, identifiable techno. Designed in the shadows, to be consumed in the darkness. A label. Music, and nothing more.

Léa is a French Techno DJ based in Berlin, co-founder and resident of the Spectrum in Paris. She definitely know how to make the people dance. Her music always oscillates between rhythmic techno and deep bass lines. Passionate, she’s making now her beginnings in Berlin, where she starts producing.

She is a French/Polish Techno DJ and Producer born in France and based in Berlin. Ina defends her own vision of techno by blending deep and hypnotical tunes with industrial and experimental soundscapes. Recently, she has joined the Berlin-based Art Bei Ton event series and concept as a resident. Ina is also part of Electric Indigo’s female:pressure network.


Born and raised in Berlin, DJ & Producer ALBERTY spent his teens obsessed with Hip Hop and later got into electronic music via the Berlin club culture and as if by osmosis began DJ'ing, producing and event organising. Through this, Entropie, a well-known event was born and is now in it's 6th year where ALBERTY is a resident and regularly showcases his raw, uncompromising and melodic sound. He took his passion for producing a step further by setting up BIOS (Berlin Institute of Sound) Studio, with his colleague and fellow Entropie resident, Modularity. With this powerhouse potential, drive and dedication to music, the future is paved with big projects in the pipeline to develop and complete his sound. Watch this space for new impulses.

He is born and raised in Munich. Analogue got sucked into Munich techno scene in 1995, by the age of 15. After a few years he left Munich and moved to Karlsruhe. His interest in djing and organize events was awakened through Munich techno szene, and he got the chance to create something on his own with some fellas in Karlsruhe. With his start as a resident artist in Gotec Club, Karlsruhe he got also the opportunity to organize a monthly event episode
and to take care of the bookings of the venue for the next seven years. In 2012, he moved to Berlin and founded the label "Vertical Dynamix" and joined the Entropie roster.